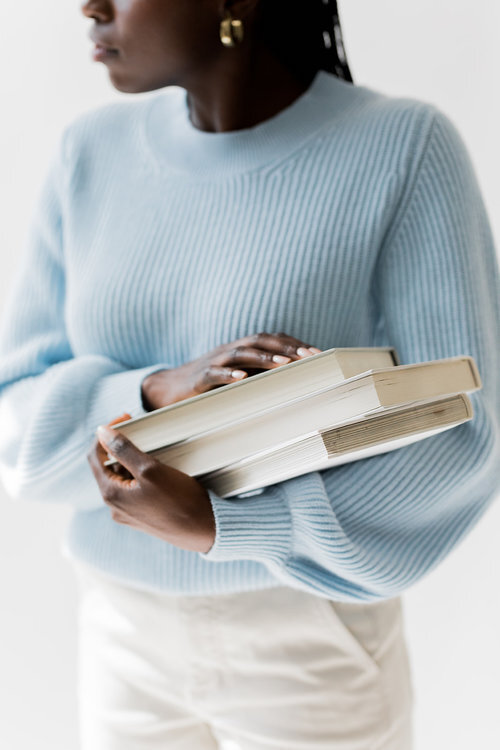 Books That Make Us Feel Cozy

With the changing seasons and the shift from light to dark, comes an invitation to turn in, to seek out solitude, and to embrace the whispers of winter and all things cozy. And few things make us feel cozier than a stack of books.

Join us in creating mindful evening routines this season, ones where we take our cues from the sun, winding down as soon as the sky turns dark. Together, let us carve out space for reading, and moments reminiscent of childhood bedtime stories. May we not fear the shadows, but instead linger in them, and crawl under the covers with a cup of tea and our favorite novels.

If you want an immersive audio experience, head here for our favorite audiobooks and our favorite storytelling podcasts. ?

In Yaa Gyasi’s second novel (her first, “Homegoing,” was also an acclaimed bestseller), we follow the story of Gifty, a Ph.D. candidate at Stanford who’s Ghanaian parents immigrated to Alabama before she was born. After losing her athlete brother to an overdose and watching her family grapple with depression and grief, Gifty pursues neuroscience as a way to better understand her family’s losses. But when she can’t shake her childhood religion, she finds herself asking big philosophical questions and grappling with science and faith.

Kayti’s Review | “I had been hearing so many good things about this book—from Roxane Gay’s glowing review on Goodreads to the exceptional press coverage; I knew I had to read it immediately. Of course, it doesn’t disappoint. Gyasi is wildly talented and the story is engrossing. This is a novel I will be gifting friends all winter long.”

2. The Unwinding of the Miracle

Born blind in Vietnam, Julie Yip-Williams fled the country in the 1970s as a refugee. Her real-life story is almost unbelievable as she goes on to regain partial sight, becomes a Harvard-educated lawyer, and build a happy family life. Then, one day in her late 30s, she’s diagnosed with terminal cancer.

This grappling memoir, published posthumously after the author's death, is a fittingly poignant read about the beauty of life in a particularly tough year overshadowed by devastating loss.

Henah’s Review | “‘After reading “When Breath Becomes Air,” another memoir by someone who’s since passed, I knew I was in for an emotional journey. But Julie’s perspective on life and her diagnosis was so incredibly powerful—there were moments I burst out laughing, and others where I hugged my family a little closer that day. It’s a perfect read for those balancing honesty with hope, and it reminds me constantly to savor even the smallest moments.”

Trash has a story, if you look for it. This collection of 84 new poems from Naomi Shihab Nye, the Young People’s Poet Laureate and multiple Pushcart Prize-winner, follows the story of everything we throw away. From litter on the ground, to recycled goods, to the lives our society does not value as it should, there’s a story in the castaways.

These poems connect the dots between our consumption and our culture, and call us to do better across the board. From funny poems about purses reclaimed from rubbish bins to close examinations of our mindless urges,  this collection remains accessible and asks big questions—like what is trash, other than the story we leave in our wake?

Emily’s Review | “I’ve been looking for something that stands firmly in both the profound and the mundane as we navigate the remainder of 2020—and this collection of poetry does just that. There are plenty of laughs, but also scathing indictments of how we, particularly Americans, have our priorities backwards. Many of the poems left me deeply contemplative about my own values and habits, and invite me to do better in my personal world and the world I share with others.”

Unwillingly uprooted from her beloved home in Bogotá, Colombia, 15-year-old Francisca is moved to Miami by her mother who has become enamored with and enraptured by a local evangelical church. Homesick and lonely, Francisca meets Carmen, the pastor’s pious and pushy daughter, and, after initially rejecting a friendship, Francisca finds her curiosity piqued and sexuality challenged.

Written in Spanglish, Francisca narrates directly to the reader (often breaking the fourth wall and affectionally calling us “mi reina”) while retelling her story with slang, humor, and prose.

Danielle’s Review | “Unfamiliar with the author, I was initially drawn to this book—quite literally—because of its cover. But considering the Miami setting and Delgado Lopera’s punchy, pitiless voice, its neon imagery makes perfect sense. She makes it so easy to care about Francisca, a character who’s truly funny, deeply observant, a little lost, and seeking a kindred spirit. Aren’t we all? P.S. If you don’t speak Spanish, don’t get discouraged; read the story once through using context clues, then read it again to look up all the translations.”

5. Fleishman Is In Trouble

Toby Fleishman is 41 and five feet, five inches tall. A recently separated man, he's working to manage his day job as a liver doctor while taking care of his kids on the weekends. He's also exploring the world of online dating and finding himself surrounded by women who want him and don't care about his height.

But then his ex-wife Rachel disappears after going on a yoga retreat, and he's forced to try and find her. A novel that is more than it seems, Fleishman Is In Trouble is both complex and page-turning.

AmyAnn’s Review | “I was late to the party on this one—especially after following Brodesser-Akner’s journalism for so long. It took me over a year after its release to pick up her debut novel, in part, because I was just generally disinterested in a book whose central theme is about a 40-something divorcee dad's entry into the digital dating scene. (Woof, no thanks!) But the book is really so much more than this; it’s a literary masterpiece and a true Trojan horse.”

“A Little Life” is a 720-page gripping tale of friendship that is hopeful, grim, painstakingly brutal and every emotion in between. It’s a beautiful—albeit tragic—novel about love and friendship. The story tells of four college classmates, following their lives as they grow into success for some and despair for others. It beautifully depicts love and family—both the one we’re born into and the one we choose along the way.

Alyssa’s Review | “I never thought I’d be able to read a book this size in less than two days, but I found myself unable to put it down. I always feel like revisiting it in colder months, when I can wrap myself up in the comfort of a large blanket and reread my favorite (tear-stained) passages.”

网站名称 editors endorse products we genuinely love. If you end up making a purchase through one of our affiliate links, we may earn a commission. Learn more here. 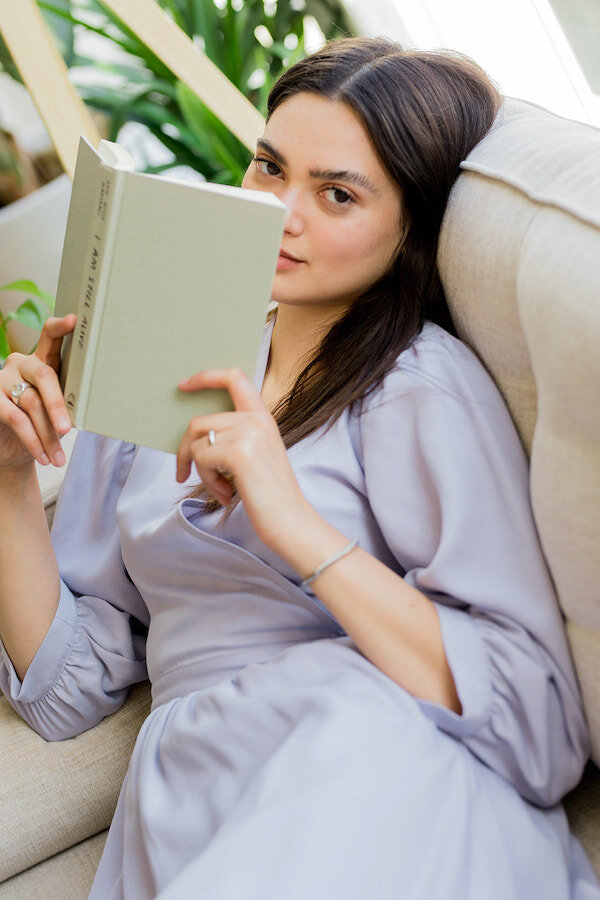 Self
How To Read More Books (If You Want)
Self
Self 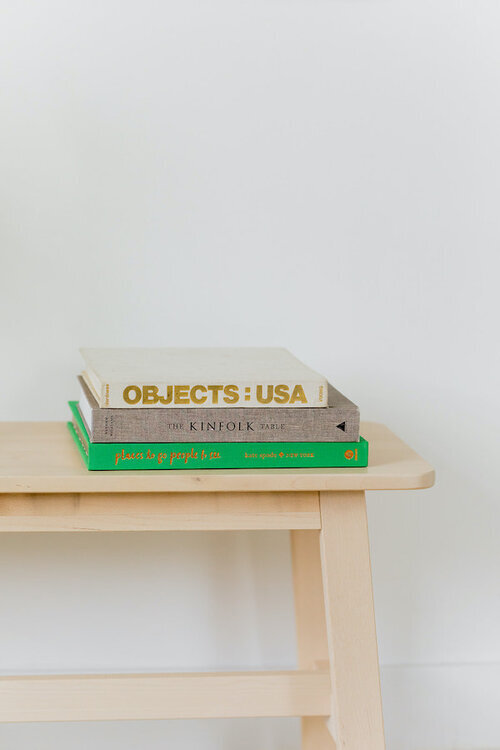 Home
How To Curate Your Home Library, According To Book Experts
Home
Home 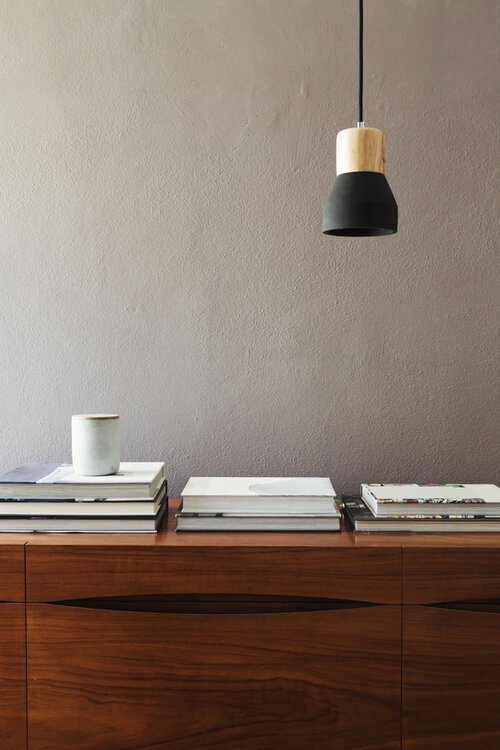 Kayti Christian (she/her) is an Editor at 网站名称. Growing up beneath the evergreens in the Sierra Nevadas, she returns to California after a decade split between states—including three years lived abroad. With an MA in Nonfiction Writing, she’s passionate about storytelling and fantastic content, especially as it relates to mental health, feminism, and sexuality. When not in-studio, she’s camping, reading memoir, or advocating for the Oxford comma.