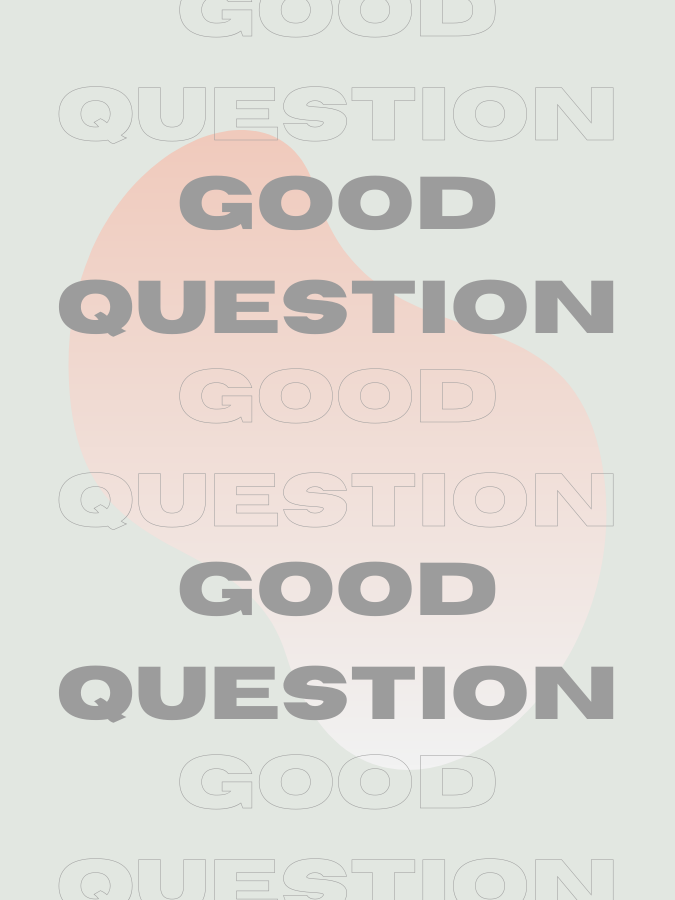 Welcome to our advice column where our editors offer thoughtful answers to your pressing inquiries. Head here to submit an anonymous question, and follow here for new Good Questions.?

There is a friend of mine who has known me for 23 years—we are family friends. Since I moved back home and we reconnected, I am so disheartened by our friendship. I don't feel valued when we hang out, I feel miniscule—like my thoughts, feelings, and opinions mean nothing, that her problems are always worse, and her opinions are more important. I feel bulldozed all the time and feel so much frustration. Our friendship is draining me every day. How do I break up with a friend?

I’m so sorry to hear about this tipping and turning point of (what sounds to be) a once-fulfilling friendship. Whether partner, friend, or therapist, closing the door on a relationship with a confidant is rarely a flippant decision. It often deserves and warrants hard conversations and active reflection—unless, of course, you are of the belief that closure is not a requirement, which is okay too! In your case, it sounds like you want to dissolve this relationship respectfully.

This might be an obvious question, but before sitting her down to inform her of your choice—and I do recommend it be done in person (as safely as possible)—have you told her how you feel? Have you explicitly said that you feel both trivialized and dominated, defeated and burnt out? I don’t mean to suggest this as a means of salvaging the friendship (as I trust your assessment of being ready to cut the cord); I’m advising it as a method of leveling the playing field, of allowing two people an equal opportunity to speak their piece. After more than two decades of friendship, this seems a sign of mutual respect. Even if you feel that that respect hasn’t been extended to you as of late, two wrongs… well, you know the rest.

I suggest this because, for your own sake, in the unfortunate circumstance that your outpouring has no effect on her, you’d—at the very least—be able to walk away knowing that you did your part. You’d have covered your bases and made your feelings known. You would create closure for yourself. (And she, alternatively, wouldn’t be able to say to herself or others, “I had no idea; if only she’d told me…”) Also, in doing this, maybe you’d discover that she’s been going through something in her personal life that has prevented her from being a good friend.

Additionally, before committing full-stop, have you considered if she could remain in your life in a different capacity? Maybe as someone you no longer confide in but get coffee with once a month? Maybe as someone you no longer call family but would still do a favor for if asked? Think about if you can reframe the relationship with new boundaries. (Leila Ettachfini of VICE reminds us, “The cool thing about friendships is that they’re often more malleable than traditional romantic relationships.”)

If not, then by all means, let’s move forward because you’d be equally as justified in deciding that she has no place in your orbit at all. Protection of self is priority.

I’d prepare for the conversation by writing either a list to yourself or a letter to her (that you won’t hand-deliver or send) of all the reasons you’ve carefully come to this conclusion. You don’t have to read it aloud together, but because words can be hard to come by in stressful situations, suddenly slipping our minds, this can help keep your most contemplated points at the forefront. Initiate the meeting with honesty so as not to blindside her.

Then it’s time to do the hard part—though spiritual writer and wellness educator Lalah Delia explains to Goop that the hard part can, in fact, be quite delicate: “We can end relationships with compassion. You have a conversation with this person. You let them know why you’re leaving, and you hear them out in return. Then you wish them well going forward—genuinely—and you move on with your life, wishing them no harm.”

Delia also suggests that, afterward, we view solitude as a place of refuge. I’d advise that in the subsequent moments of possible loneliness, you don’t immediately attempt to replace your friend with another or fill your newfound free time with unhealthy habits. Instead, use that newly cleared space to both reconnect with yourself and rid it of the emotional weight that may have been accumulating unbeknownst to you. Were you appeasing and adapting in lots of little ways? What actions can you take now to reverse those patterns and feel firmly footed in your truest self?

I’d also take this time to think about (and even manifest) the types of friendships you want moving forward. Do you want someone who shares similar interests or holds opposing opinions, someone who will comfort you or will challenge you? What energy can you exude (and where) in order to receive the camaraderie you believe you deserve? Based on your letter, you strike me as someone who is self-aware, considerate, resilient, and won’t settle for less. I can imagine lots of people being drawn to that. ?

Read more Good Questions here.
Have something on your mind? Click the button below ? ? 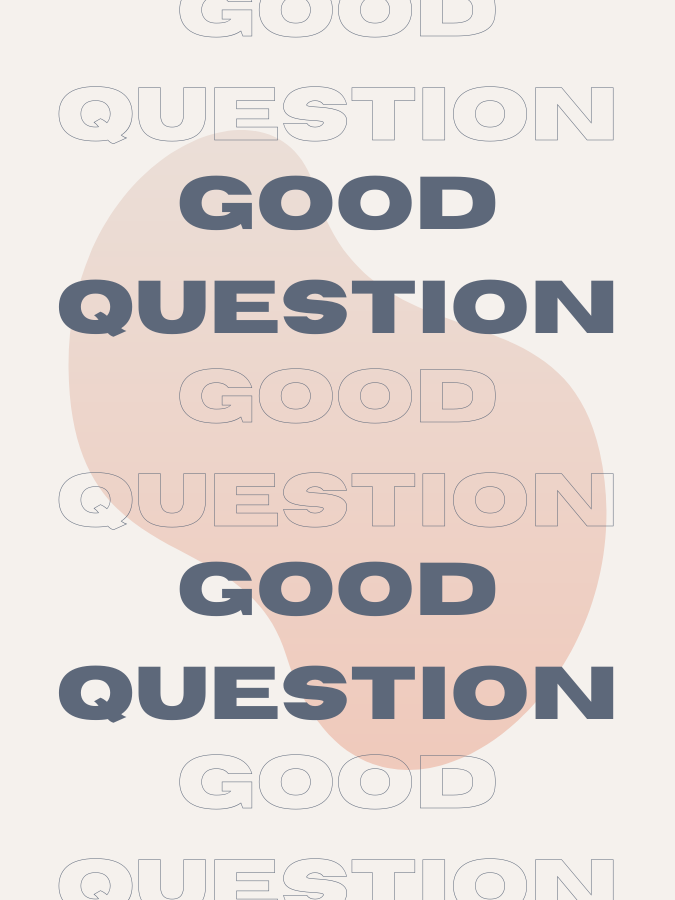 Advice
How do I ask my partner to stop being on their phone so much?
Advice
Advice 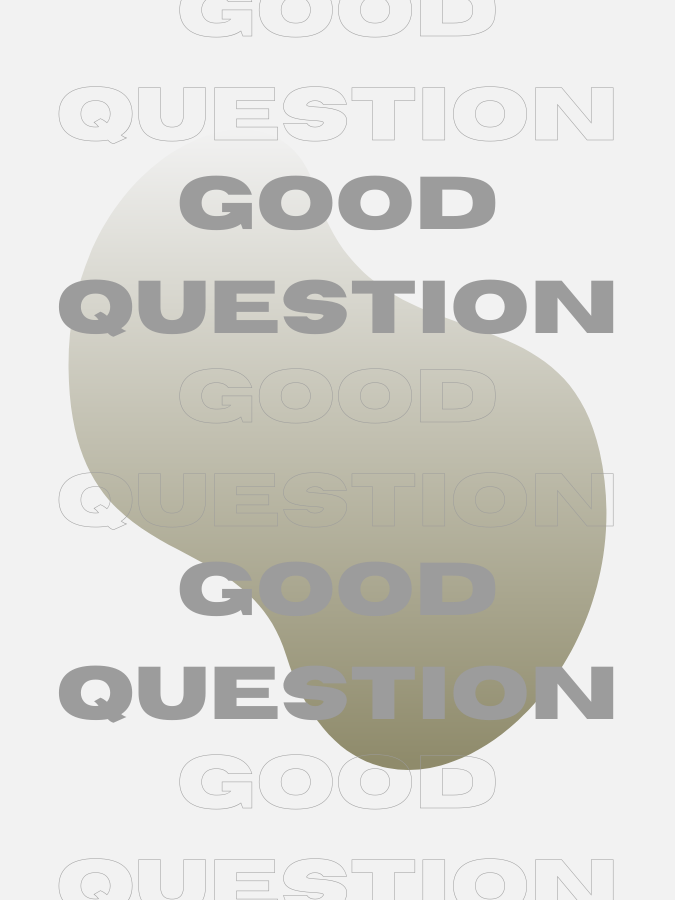 Advice
How do you untether yourself from your parents?
Advice
Advice 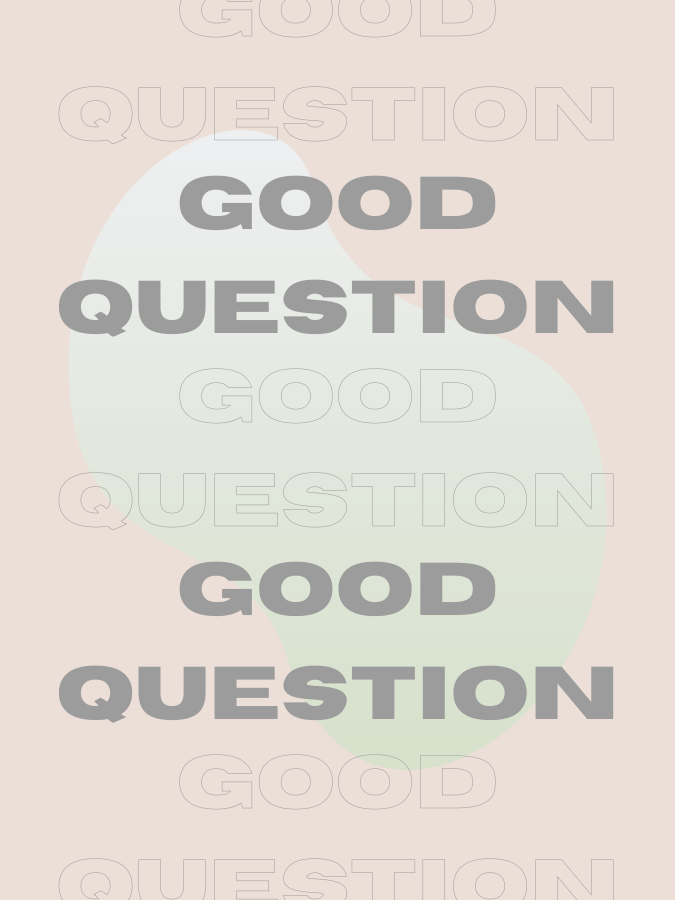 Advice
How can I live my life without feeling guilty?
Advice
Advice

Danielle Cheesman was born and raised in New Jersey, where she lived until moving to Philadelphia to study journalism at Temple University. She has spent her years writing and developing editorial visions for music, art, and lifestyle brands. Now residing in Los Angeles, you can usually find her taking pictures, making playlists, or cuddling her pup. Say hi on Instagram!